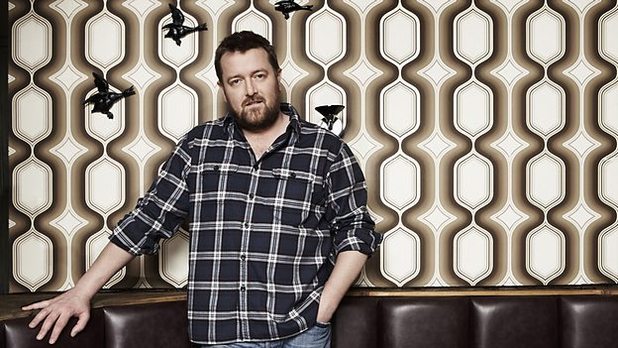 “Angela’s Eyes” is the first song to be taken from the debut solo album of Guy Garvey, the frontman of Manchester band Elbow. The record, called Courting The Squall, is pencilled in for a 30th October release. Whilst Elbow remain strong with six albums already under their hat but frontman Garvey has decided to try paving his own way in what he himself has jokingly called a “vanity project.”

Yesterday saw a new video for this latest track. Filmed at The Carlton Club in Whalley Range, Manchester by long time visual collaborators Soup Collective, the video sees an act of role reversal inspired by a documentary on London’s 60’s strip clubs. As public morality laws at the time banned naked women from moving so a man was employed to operate a curtain which rose and fell to allow the performers to change their pose. In Guy’s version the genders reversed and Guy and his new backing band (including members from The Whip and I Am Kloot) take to the stage.

The song itself is not traditionally Elbow-esque. Admitting he avoided a string section in a bid to try and steer away from simply recreating Elbow’s sound, Garvey has promised that his songs will still hold that trademark anthemic swell.