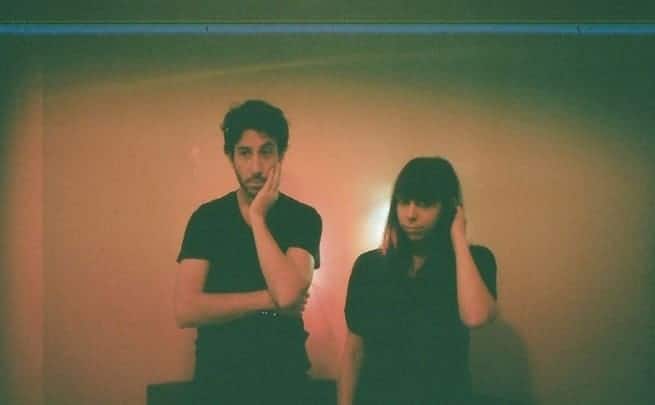 “Alone, shaking up this costume party on DuPont Street. Been setting up the place for hours. I’ll leave it that way.”

The brother-sister, electropop duo (Jay and Stefanie McCarrol), Brave Shores, has just released their video for “More Like You”, and it is mighty trippy.

The video follows a girl exploring a house party surrounded by masked strangers, distorted faces, maniacal laughing, and heavy partying. While everyone seems to be in their own little world, she is trying to figure out what the hell this place is. Think of it as a modern Alice in Wonderland. From a first glance, the video mimics the hallucinations from an acid trip. I’m sure experiencing something like that would be freaky and creepy, horrifying maybe; however, the duo explains that “the whole concept behind the More Like You video was to create as dazed out a party we could. So [they] got together a bunch of talented weirdos and filled Jay’s apartment with mirrors and smoke and props. The visuals [they] were able to get represent the same dark and sedated tone the song has.” The dream-like song definitely enhances the visuals of the video. It was pure eerie genius to combine the dark tone of the song with the aesthetics. The song is very chilled out and there’s a reason why. In an interview with Brad Casey, the duo shares that “More Like You” was “a song that was inspired a little more by [them] getting together and smoking some doobies and loosening up the whole parameters of saying, ‘alright we were writing for a commercial, we gotta write more commercial music'”. What can I say? They love smoking marijuana together! What a way to bond as siblings, am I right?

If you want to hear more from these chilled out Canadian siblings, check out the rest of their work on Spotify and SoundCloud.