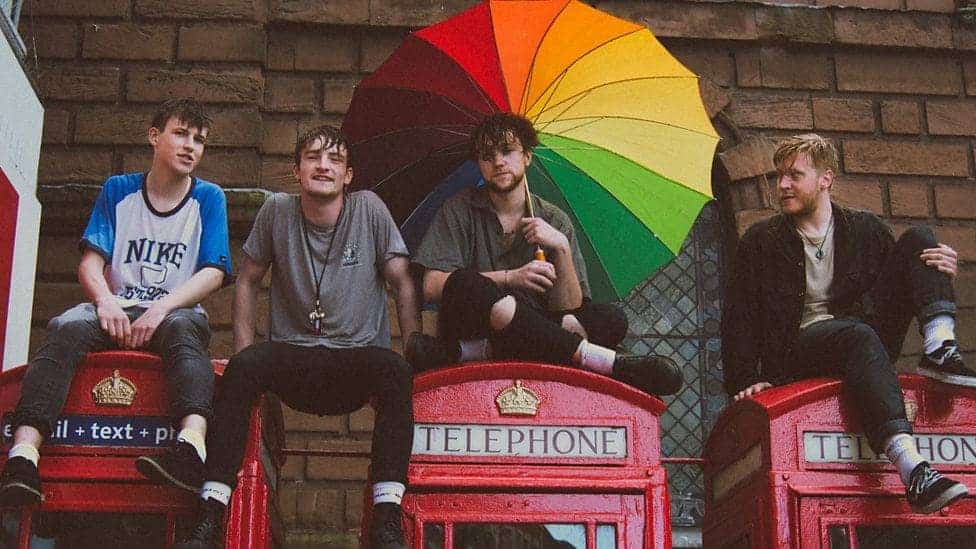 “Swings & Waterslides” is the first single from Warrington-based newcomers Viola Beach. A neatly packaged indie-pop track rich in jangly guitars and enthusiastic, syncopated backing vocals, it drips with energy and feel good vibes – a must hear for anyone not quite ready to give up on summer despite the less favourable temperatures.

The quartet of Kris Leonard on guitar and vocals, guitarist River Reeves, bassist Tomas Lowe and Jack Dakin on drums, recently appeared on the BBC Introducing Stage at Reading and Leeds and this recent release is a bright introduction to a band with a spring in their step. Rumour has it that producer and Communion Records co-founder Ian Grimble (Mumford and Sons, Bear’s Den, Catfish & the Bottlemen) is in the studio with the lads so you can expect even bigger and brighter things in future.