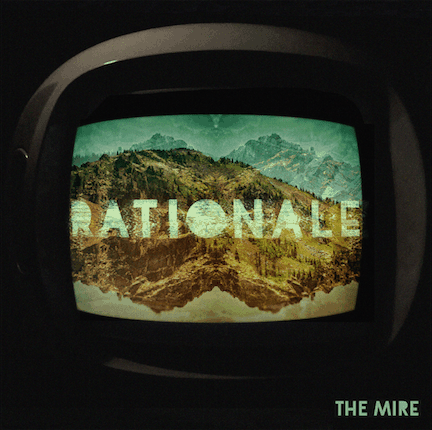 “A love that used to run deep has expired.”

For being an enigmatic presence whose songs and lyrics reveal the only personal details we know about him, Rationale has surely shown the world what exactly he was born to do. Rarely has a musician come along who is not only able to create compelling tracks, but who is also capable of saying so much within such a short amount of time.

First presenting himself to the world as a featured vocalist on Jakwob’s “No Place Like Home” and Bastille’s “Axe to Grind,” it wasn’t long before Rationale proved he could hold his own against more established musicians. Rationale has already secured himself a spot as one of the best breakout artists of 2015 by stunning critics across the board with his carefully crafted tracks that perfectly capture his sonic identity.

Rationale’s newest single is quite possibly his best, which is no easy feat considering his previous superb releases. “The Mire” is his fourth  and final offering, which will be featured on his debut EP Fuel to the Fire due out September 18th via Best Laid Plans. The upbeat, mid-tempo jam is an exhilarating track that is bound to command bouts of dancing from its listener. Equal parts slick and sprightly, “The Mire” is a vivacious track with its 80s inspired sounds and polished production. However, despite the infectious beats and dazzling vocals, Rationale revealed that the track “is a song about a jilted lover, sinking in a self-made swamp of unrelenting regret.” Although the subject matter may be a rain cloud of regret for those who find it relatable, “The Mire” makes it oh so difficult to not see a silver lining due its dynamic soundscape.

And now with four total releases, Rationale’s first EP is a culmination of his dedicated work ethic across the year. While his stellar first single “Fast Lane,” introduced him as a formidable singer-songwriter, Rationale’s subsequent tracks, the groovy “Re.Up” and anthemic “Fuel to the Fire” only solidified more reasons why everyone’s rooting for him. Because although an artist like this is one in a million, Rationale has proved that his potential and passion are only going to rise.