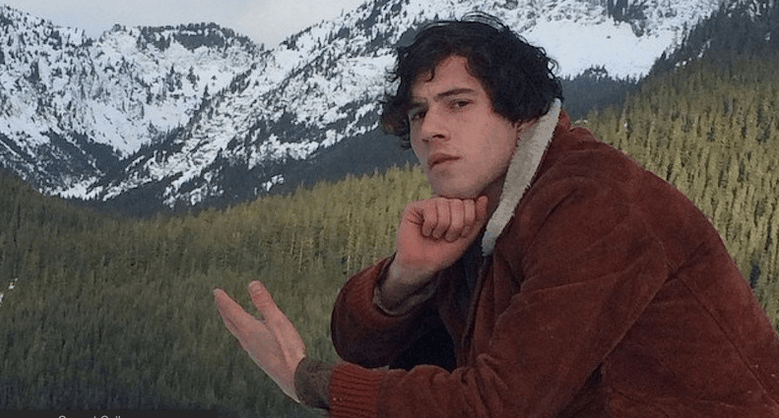 “You fit my hand like a glove, you fill my whole world with love”

The last time we featured Oberhofer was back in July following the release of “White Horse Black River.” The track was the second to be lifted from the Brooklyn-based band’s sophomore album, Chronovision, prior to its release. The record has since had the release pushed back from August to October 9th giving the band, fronted by Brad Oberhofer, further chance to tease us. This time it is with a new track in the shape of “Sun Halo.”

The new material, “White Horse Black River” and “Memory Remains,” pointed towards the same energetic and eccentric sound that was wonderfully showcased in debut album Time Capsules II. Although they seemed a tad more mature with a dark undertone, it was easy to identify the same arresting new-wave flair that fans of Oberhofer love unconditionally. “Sun Halo” is somewhat of a curveball.

The tempo has been taken down a few gears and where the xylophone used to be manically danced upon it is now laboured and pensive as Brad reflectively serenades “You fill my whole world with love.” It’s not the explosive start we’ve become familiar with. The body is still as burgeoning as ever but the string flurries and gentle pace are uncharacteristically grown up and add a classically romantic charm that sits so well with the lo-fi surf-rock melding pot that carries the heart of the song along. Lyrically the song is incredibly poetic, using a tree sitting in the shade, patiently waiting to bask in the impending sunshine “’cause it knows it needs sunlight to grow“, as a metaphor for true love – finding that one person who will help nurture you to blossom into the best possible version of yourself. You can stream “Sun Halo” for yourself above but it does come with a warning: it’s tough to not get swept away in the gladdening warmth of Oberhofer’s music so watch out, you might just have your heart stolen.

Be sure to check out Oberhofer on his US tour on the following dates: