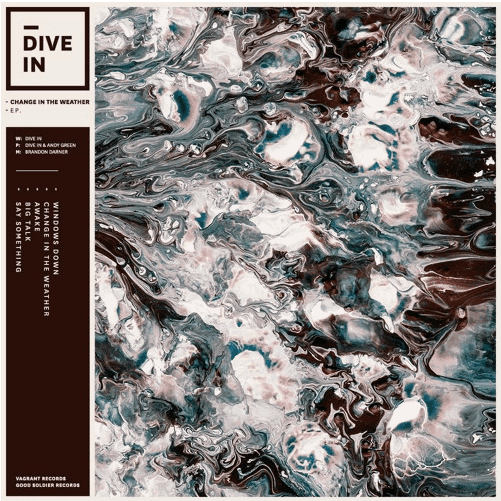 Dive In – Change In The Weather

Glastonbury’s indie pop outfit, Dive In, have high expectations from critics and fans alike after frontman Matthew Guttridge told NME he intends to make the band “the best … in the world.” Based on their releases and rave reviews from top industry influencers thus far, Guttridge is definitely not far off.

Preparing to release their sophomore EP Change In The Weather, out November 9th via Vagrant/Good Soldier, the band released the title track today. “The song is anchored in the idea of hope and coming out of a darker place,” Guttridge explains, “We’ve all found ourselves in a rut; be it a creative, more personal — this song celebrates the moment in which something happens/clicks and you know you’re back on course.” Just as told by the frontman, the track definitely feels like a victorious one. In quintessential Dive In fashion, the track is definitely a feel-good anthem, bringing together intricate vocals and exciting basslines.

The 5-track EP features: “Windows Down,” “Change in the Weather,” “Awake,” “Big Talk,” and “Say Something.” You can now stream “Change In The Weather” above.

Dive In will be on tour with Twin Atlantic and Coasts in October. Tour dates below.