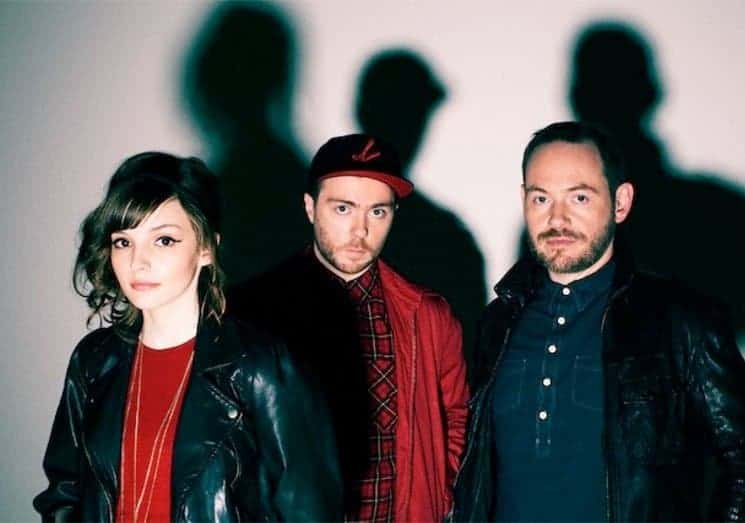 “You were the perfect storm, but it’s not enough.”

CHVRCHES don’t seem like they’re changing the formula too much for their next album, but you know the saying: If it ain’t broke, don’t fix it. “Clearest Blue” sees them returning to the same skyscraping synths and pounding drum machines that made their debut album, The Bones of What You Believe, an instant blogosphere hit. In fact, “Clearest Blue” easily fits right in with past singles like “Gun” and “The Mother We Share.”

Now that’s not necessarily a bad thing. Lauren Mayberry still delivers her somewhat ambiguous yet relatable lyrics in a wonderfully crystalline manner. While Iain Cook and Martin Doherty hold it down in the back, it’s clear that Mayberry is slowly evolving into the powerful frontwoman she was destined to be. It’s an impressive feat that they’ve managed to craft another instantly catchy and fun song with a drop that’s almost guaranteed to set any festival off. There’s nothing wrong with being a crowd pleaser.

And speaking of festivals, CHVRCHES are set to play their fair share throughout North America. Kicking things off with Boston Calling and Landmark DC at the end of September, they’ll make their way through everywhere from New York to Portland before hitting Treasure Island in San Francisco. Their tour will then take them through the south before ending up at Fun Fun Fun Fest in Austin. Basically, if you’re in North America and you have the want and means to see them, you’ll see them. I’d make it a point to do so because their live shows are killer.