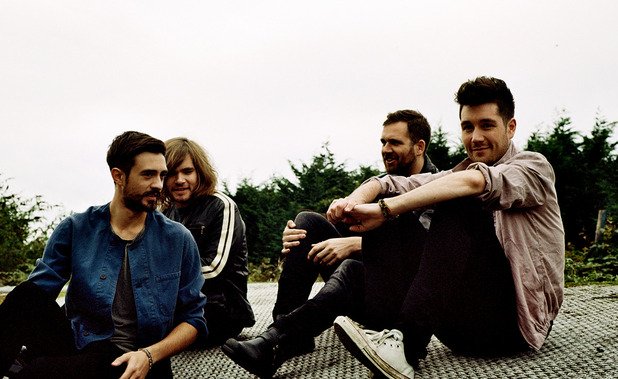 If Bastille’s newest single is any indicator of how well their second album will be, the British band certainly won’t be hanging on by a thread when it comes to their inevitable, expanding success.

Two years since the debut of their first LP Bad Blood and one year since their stellar mixtape “VS.” released, Bastille is back again with another superb track that’s bound to draw even more anticipation for their sophomore album. Playing double duty on the second LP and the upcoming FIFA 16 soundtrack, “Hangin” is a roaring single ready to rock stadiums, whether in the game or real life. The track has a heavier sound than Bastille’s previous releases due to the inclusion of searing guitar. Although Bad Blood shied away from typical rock and roll instrumentals, frontman Dan Smith revealed that their second album “will be moving into guitars more…to offset all the rest” of their previous singles.

“Hangin” is certainly a welcome change that further expands the band’s dynamic sound. With gritty guitar, slick instrumentals and a haunting hook, Bastille have brilliantly captured their sonic evolution in their new, long awaited release. And although their production may sound a bit different, the British quartet haven’t lost their signature imagery rich lyrics. Smith’s poetic songwriting ability is captured in the chorus and verses as he croons “hangin’ the past out to dry, string it up, all of your regrets.” However, if anything’s certain, we at EUPH. know that there will be nothing for fans to regret about Bastille’s new record.