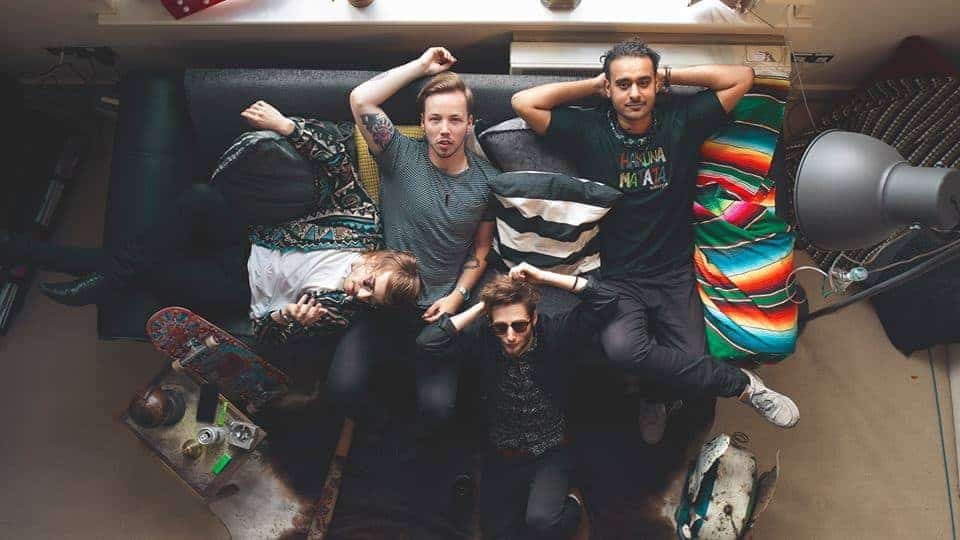 “As most of you don’t know who the fuck we are, we’re going to do some covers” is the first thing frontman Alex Heffernan said bar a brief “Hi, we’re Pleasure House” introduction that led straight into two originals including the easy-to-sing-to “Blow My Mind.”

He was right, no-one knew who they were. The Birmingham band have a strong following in Manchester but were gracing the stage after performances from two blues rock bands (well, one band and one solo artist who had been abandoned by his mates in favor of a holiday). They would be followed by another blues rock band. The rather strange billing did mean that despite the lack of prior interest, they shone on a night that was otherwise packed with three near identical sounds.

The crowd clearly hadn’t turned out to see Pleasure House’s self-styled psych-pop rock’n’roll which provided an unexpected, energetic lift to proceedings for many. Their mere presence had brought the average age in the room down by at least half a decade. However, stylish covers of “Tainted Love” and Chaka Khan’s “Ain’t Nobody” added a sense of familiarity and won the audience over in enough time for Heffernan to ask for a handful of new Facebook likes.

It was a lesson in self-awareness perfectly executed. Introducing themselves with two of their own songs before blending some covers in the middle of the set with another handful of their own, they saved their showpieces for last. They used the newly recorded “Like A Drug”, which is likely to garner plenty of attention from music blogs and magazines upon release, and their more proven indie-pop anthem, “Sunrise,” to end their set on a summer-y note and the audience responded well all things considered.