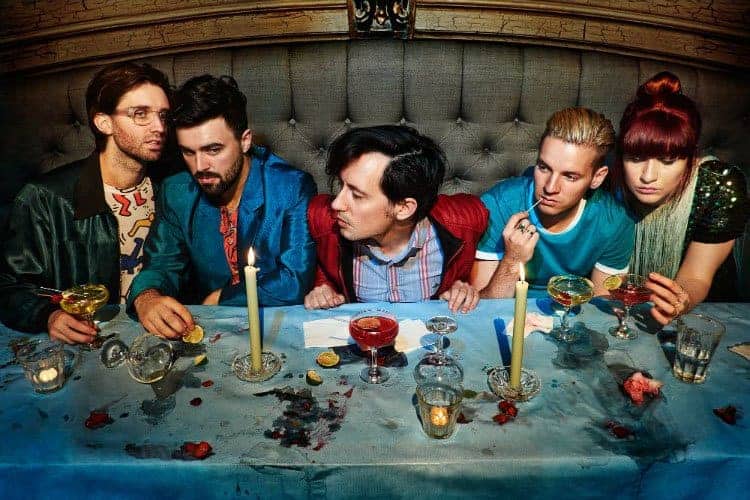 “And with this kind of fame, yes it takes a lot of blows to forget your name”

Earlier this week, Glasgow band WHITE took to social media to promise us that “new noise is coming” and boy did they deliver. This aforementioned new noise is “Blush,” the quintet’s latest single which received its world premiere from Annie Mac on her BBC Radio 1 show last night. And noise is not an understatement. There’s frankly quite a lot of it crammed into the 4:20 min track from dancing synths and jagged guitars to even a saxophone solo. Not one for those of fragile mind, the band admitted they “wanted to give it a manic, claustrophobic feel” – mission accomplished.

Paired with “Future Pleasures,” WHITE’s official debut single we covered back at the very start of July, the band are building quite the colourful back catalogue contrary to their name. Unfortunately since signing to Sony, all of the band’s material has been withdrawn from soundcloud which means we will have to work extra hard to make sure these guys are heard (surely Sony’s job in the first place?!) since they won’t be appearing on hypem, a platform they’d no doubt chart highly on. But they’re well worth the extra push. Citing fellow Glaswegians Franz Ferdinand as influences, they take rock and give it a funky, indie-disco twist to monumental effect.