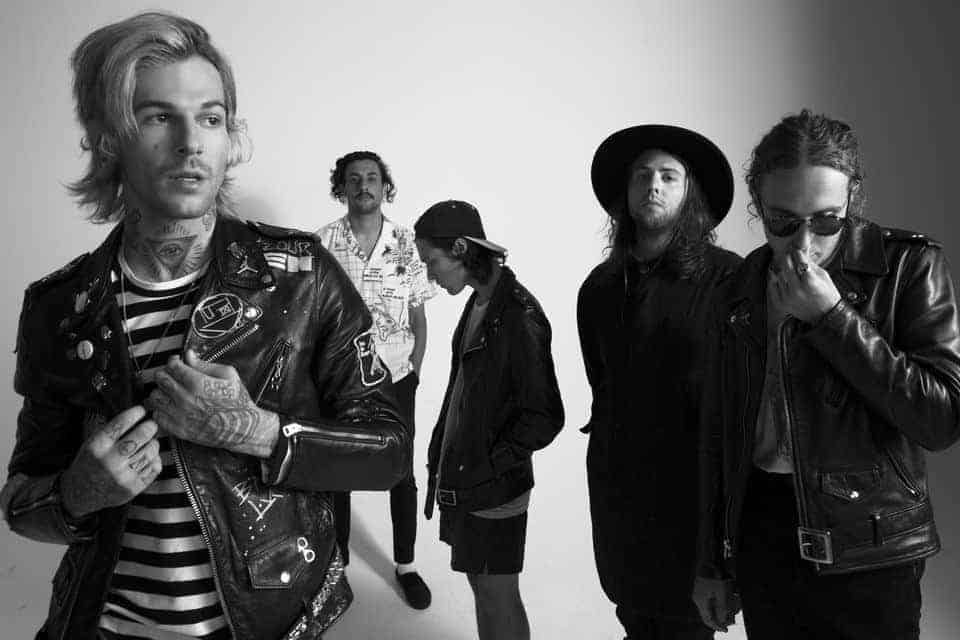 The Neighbourhood – R.I.P. 2 My Youth

“I’m using white lighters to see what’s in front of me. R.I.P. 2 My Youth, and you could call this the funeral.”

Sweet and sultry indie rock band The Neighbourhood are back at shore following the rapid triumph of I Love You (2013) and organically produced mixtape #000000 & #ffffff (2014). Swimming to shore with a new album entitled Wiped Out!, the boys have sustained their black and white motif which is consistently noted within current art for the new album’s lead single, “R.I.P. 2 My Youth.” Volatile, hypnotic, and smooth, the Neighbourhood’s newest output should have fans’ anticipation for Wiped Out! at high tide. The track blends the pop essence of their 2013 hits with the simplicity of older tracks circa 2011 including the likes of “West Coast” and “Wires.” It’s a seductive tribute to the remnants of summer and pure, unequivocal angst.

“To be honest I think the lyrics kind of describe it the best. I think just hearing it is probably the best way to explain it. I feel like it could really go for all of us as far as what has happened in our life in the past couple years and the awesome opportunities we’ve been able to have. I think kind of reflecting back on it—growing up per se, whether you want to or not. Sometimes your youth—some people have it taken away from them earlier and some people get to wait a little longer before you have to grow up, but either way the world kind of hits you,” notes lead singer Jesse Rutherford in Alt Press.

Wiped Out! is available for preorder and releases October 30th. When purchased on iTunes, to access this magnetic track is instantly granted. The band will be commencing a fall tour alongside fellow indie rockers Bad Suns and Hunny to promote the release of new tunes. Prepare to be washed away.