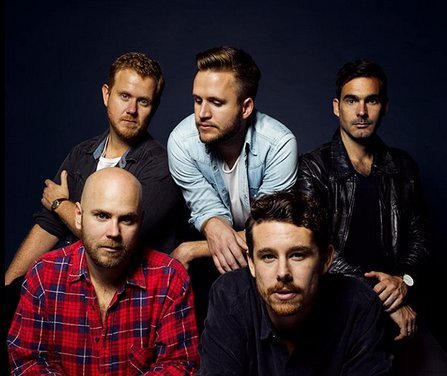 “You inevitably hold on because you always do. Gotta walk that wire”

It’s been a quiet year for Sydney quintet Boy & Bear, who have built up a loyal fan base hooked by their charming folk-rock first in their native Australia and later success in Europe and North America following the release of Moonfire (2009) and follow up Harlequin Dream (2013). The band have been busy tucked away in the English countryside writing and recording their third album for the first half of 2015 and recently announced that the album, called Limit Of Love, will be released on October 9th and took the opportunity to also premiere the first single to be taken from the record, “Walk The Wire.”

From the off the tracks features synths, a new and somewhat unusual venture for a band known for a more traditional folk/rock set up. The more conservative fan shouldn’t worry. Boy & Bear haven’t abandoned their sound – it doesn’t carry the melody or attract any heavy focus but it does have a reoccurring motif throughout that evolves the sound to add an extra layer. Despite this new electronic foray, the recording process itself was distinctly more organic with the entire album recorded as live in the studio with little in the way of overdubs, often roping in producer Ethan Johns (Kings of Leon, Laura Marling, Kaiser Chiefs) in to play an extra drum kit or keyboard to get it all done in one take. You can see a short ‘making of’ video that was filmed during the recording in the Bath (UK) studio below.