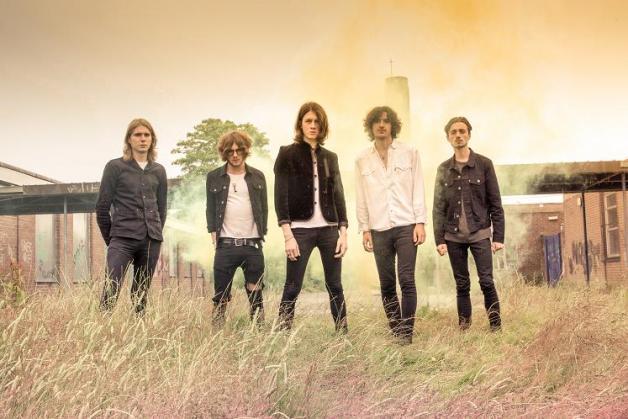 “The stately homes of England. How beautiful they stand, lately it’s been a lonely love I know. Blown rose.”

I won’t lie: I’ve had this song on repeat since the live version was uploaded to YouTube by the BBC a few months ago.

Blossoms fall somewhere along the same lines as Temples’ neo-psychedelia revivalism and “Suck It And See,” Arctic Monkey’s quick turn towards more traditional indie styles of songwriting. “Blown Rose.” however, is more of the former than the latter. Their secret weapon is Myles Kellock’s bright keyboards that create a sunny environment during the intro.

Kellock drops beautiful flourishes over chiming guitars and a popping bassline before singer Tom Ogden takes control with his direct vocals. It harkens back to the classic British pop of The Zombies and The Kinks while still having a modern feel. The Coral’s James Skelly’s production is light and flowy, perfectly catching the pastoral feel of the song’s lyrics.

Blossoms are already making a big splash in their native UK. Earlier single “Cut Me and I’ll Bleed” ranked seventh in first quarter vinyl sales; an impressive feat considering they are surrounded by big name acts like Noel Gallagher and David Bowie. Blossoms are about to set out on their own UK headlining tour. Date are below: