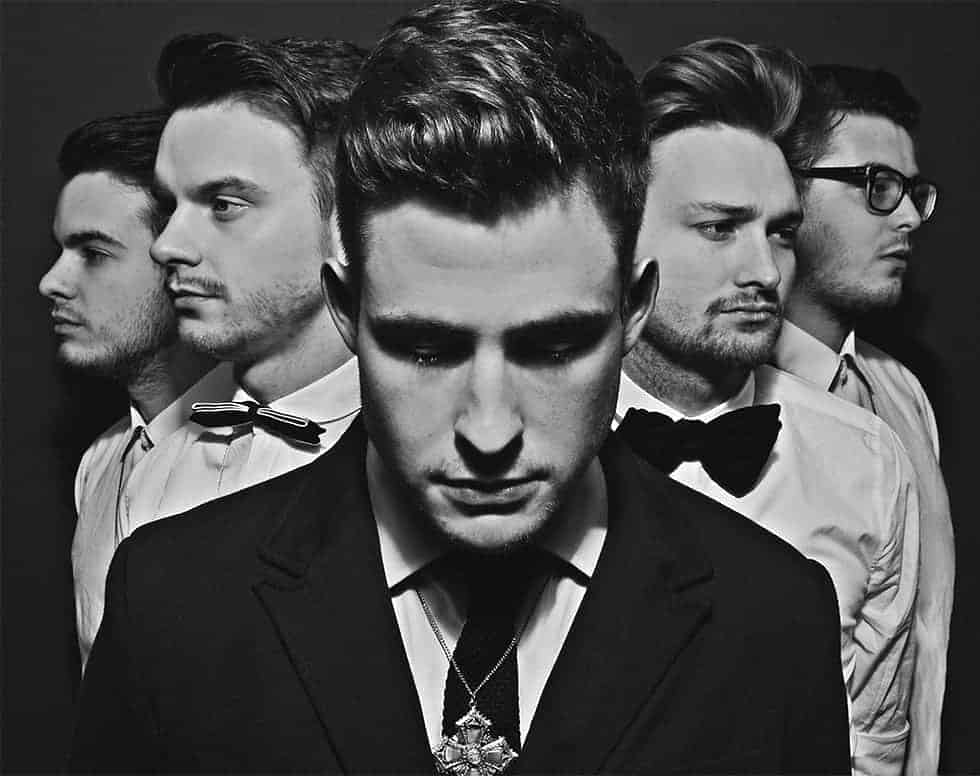 We first featured Manchester-based band Affairs back in February when they were releasing “Blood Science”, a weighty chunk of synth-laden electronic rock. They further their creative relationship with producer Ed Buller (Suede, Pulp, Courteeners) with latest single “Brothers.” James Robinson’s bellowing baritone vocals, which are fast becoming a trademark of the band, return to compliment more dazzling synths and some tasteful guitar. Robinson’s parents are both professional opera singers and their influence shines through.

As the name suggests, “Brothers” explores the theme of brotherhood, both blood relations as well as friendship and how it can often prevail even through the hardest of times. The theme continues in the single’s artwork, created by graphic artist Matthew Cooper (Caribou, Wild Beasts, Arctic Monkeys) which is inspired by the mythological twin brothers Castor and Pollux. The single will be digitally available from September 4th with the quintet’s debut EP pencilled in for release in early 2016.