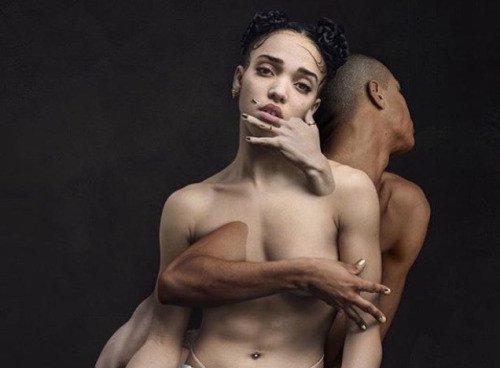 “Let me live through your vice. Mass Appeal… I feel in ten breathes it’s a miracle we’re still alive.”

It’s very rare that an artist seemingly comes out of nowhere fully formed. Most bands eagerly release the first songs that come to mind and slowly build up their skills through relentless touring. However, there’s nothing wrong with a little planning. Tahliah Debrett Barnett, or better known as FKA twigs, spent a handful of years honing her craft privately and, as a result, her first release immediately garnered praise for her personal songwriting and stark, futuristic production. However, the visual aspect of her music was perhaps the most attention grabbing part of her persona. The singles off of Twigs’ first two EPs and debut album were each accompanied by visually astounding music videos that perfectly represented both her persona and her music.

In the same way, listening to M3LLI55X (pronounced as “Mellissa”) without the visual accompaniment just seems odd. Not to say the music doesn’t stand on its own, but it’s clear that the video wasn’t just an afterthought once the EP was completed. So do yourself a favor and load up the 16 minute short film (self-directed by twigs herself) on youtube instead of opening up Spotify – at least for the first time. I won’t touch on the visual aspect because of *spoilers*, but let’s just say its definitely worth watching.

M3LLI55X starts off with “figure 8” (all of the song titles in this EP are not capitalized), a woozy track built around scattered hi-hats, the repetitive deep pull of the bass, and twigs’ expansive vocals that range from Dirty Projector-esque heights to a demented, rap-like delivery. In a way, “figure 8” sets the precedent for the rest of the EP. “in time” is presented in a similar fashion as it revolves around an arpeggiated synth that quickly turn into pitch bended notes that are accompanied by that deep pulsating bass.

“glass and patron” turn those arpeggiated synths on their head by slowly fading them in and out of the track before dropping some deep 808-bass that drag the track like wet paint slowly dripping down a wall.

The basis of “i’m your doll” dates back to some of the first demos twigs produced as an 18 year old. As a result, it features a strong emphasis on her vocals which float cautiously over a completely overdriven bass that dangerously threatens to overpower the rest of the song.

“mothercreep,” in many ways, feels like an accumulation of the past four tracks as it brings in various elements to create a conclusive finale. The heavy bass, twitchy drums, and woozy synths are all still intact, but “mothercreep” has a very propulsive rush to it – as if twigs is making a mad dash towards the end.

Like her past three release, M3LLI55X is a powerful statement that sounds like it was pulled from a deeply personal place. Once again, FKA twigs takes one step closer to her future while staying in our present. Lucky us.