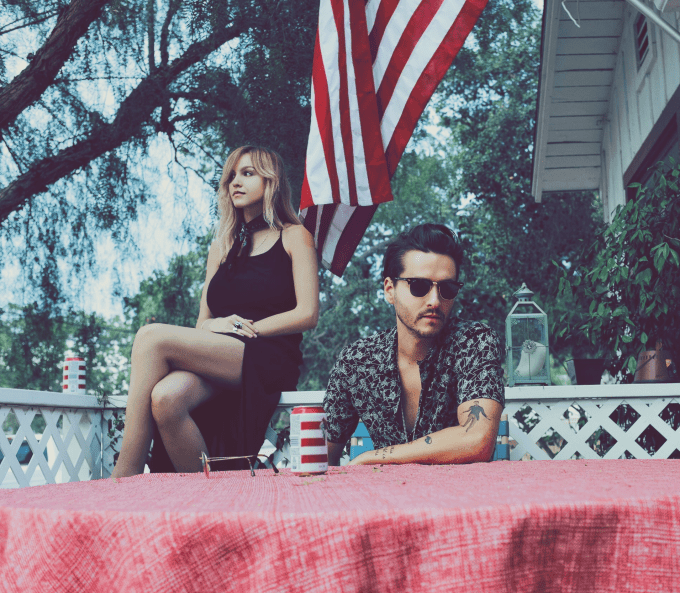 “Somebody save me, I just wanna be loved”

Heard of XYLØ before? If you haven’t, worry not. They’ve only released three tracks so far so you can be forgiven if they went under the radar for you even though they’ve accumulated over a million plays for their first release, “America” and half a million for their sophomore offering, “Between the Devil and the Deep Sea.”

In any case, the Southern Californian duo comprised of vocalist, Paige Duddy, and producer – as well as sibling – Chase Duddy, recently released their third song, “Afterlife.” The song commences with a methodical manipulation of an eerie vocal sampling, which almost foreshadows the moody lyrics of this song. The instrumental is fairly minimalistic; however, that is not to take away production at all. Chase’s production should be commended for its immaculateness in terms of the mixing. Further, the bass synths coupled with the piano chord progressions do a phenomenal job in adding dynamic movement to the song. If anything, the minimalism works very well for this song since it allows the listeners to focus in on Paige’s dark lyrics and also appreciate her lush vocals.

The lyrical content is very somber; the first verse starts with Paige proclaiming that misfortune plagues her at all times. She voices her ambivalence through her contradictory statement of wanting love but “not your sympathy.” This oxymoron can most likely be attributed to her implied inebriation when she mentions “red wine teeth stain.” The depressiveness continues in the chorus, as she mentions that she’s “waiting for the afterlife” to be saved and for someone to show her “a good time.” Further contradictions are mentioned in the next verse when she says “I don’t wanna run away, no/I need a fuckin’ holiday.” Perhaps these discrepancies are meant to emphasize of her not knowing how to move forward from her dire predicament.

So what’s the general takeaway? The siblings make a great musical team; Paige’s voice meshes exceptionally well with Chase’s sonically pleasing production. “Afterlife” is an excellent offering from XYLØ and one can only hope that they will be releasing an EP or more songs soon.