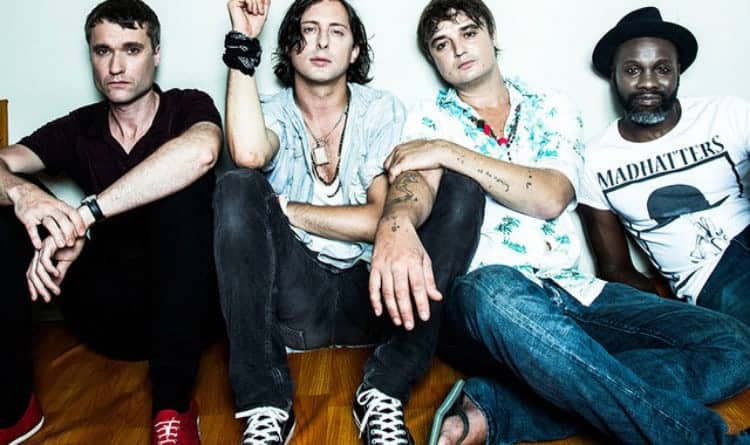 “You’ve been beat and afraid, probably betrayed, you’re a better man than I”

The week after helping fill in for the Foo Fighters’ absence at Glastonbury, legendary indie-rockers The Libertines have made a double header of exciting announcements in the past couple of days. The London quartet have not only revealed that their highly-anticipated third album Anthems For Doomed Youth will see its release in September but also premiered their first piece of new material in 11 years, namely lead single “Gunga Din.”

Continuing the literary theme from the reference to Wilfred Owen’s poem “Anthem For Doomed Youth” in the album title, this new track borrows its name from the eponymous character in Rudyard Kipling’s 1892 poem. Steeped in evident reggae and dub rhythms, co-frontman Carl Barat admitted to NME that “We’ve definitely moved on… It’s not us repeating ourselves, that’s for sure”. Less raucous than their previous material, Barat and Doherty’s seamless vocal interchanges and swagger still hark back to the old days. No doubt some fans will feel let down by the exploration of these new avenues but they can always just listen back to the first two albums – although “You’re My Waterloo” has been around in demo form for a few years so it’s not entirely new. The rest of us, meanwhile, can take in the video to “Gunga Din” in which the quartet have a night out in Thailand’s red light district.

Anthems For Doomed Youth will be released on September 4th via Virgin EMI but the pre-order has already made it into the iTunes charts. Before that, The Libertines will make appearances at T in the Park, Ibiza Rocks, Openair, Reading and Leeds, and Rock En Seine.