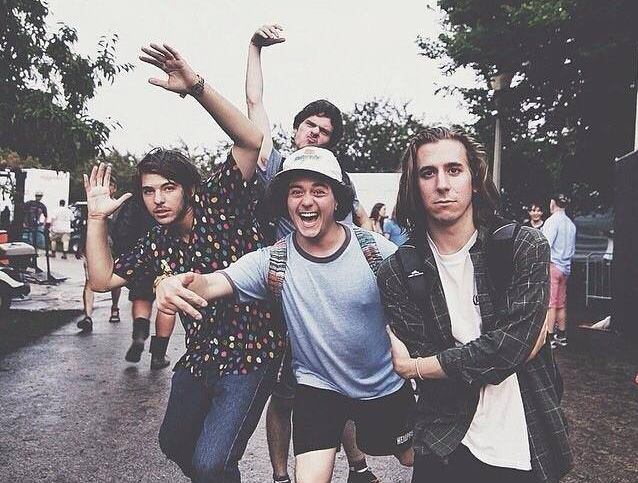 Earlier this month we posted the Surfer Blood cover of Outkast’s “Hey Ya!”, the first taste of Amazon Music’s acoustic compilation album. The next track to be taken from the record is David Bowie’s 1980 hit “Ashes To Ashes” bravely taken on by The Districts who released their debut album A Flourish and a Spoil earlier this year.

Bowie’s classics are up there with the likes of The Beatles and Queen (congrats again Kanye, that worked out so well) so the Pennsylvania rock outfit were taking on quite a task to rework what is considered to be one of the songwriter’s best works, not least as it reintroduces the iconic Major Tom character from his first number one single “Space Oddity.”

“Hey Ya!” had its uptempo funk removed to great effect, even if it seemed a little gimmicky. “Ashes To Ashes,” meanwhile, was famously rather melancholy and deadpan to begin with so there’s no novelty to the cover. Even though the trademark slap bass and heavy synths are missing, the skeleton of the track remains untouched and the version comes across much more as a respectful nod to the living legend as lead singer Robby Grote shakes his way through the famous lines partly out of effect but probably also because Bowie is a bloody big deal and you can’t be messing such a classic up.

The full album will be available to buy from Amazon on July 31st. Amongst the thirty tracks, as well as such covers, will be a handful of originals such as Deer Tick’s offering which was added to the playlist yesterday.