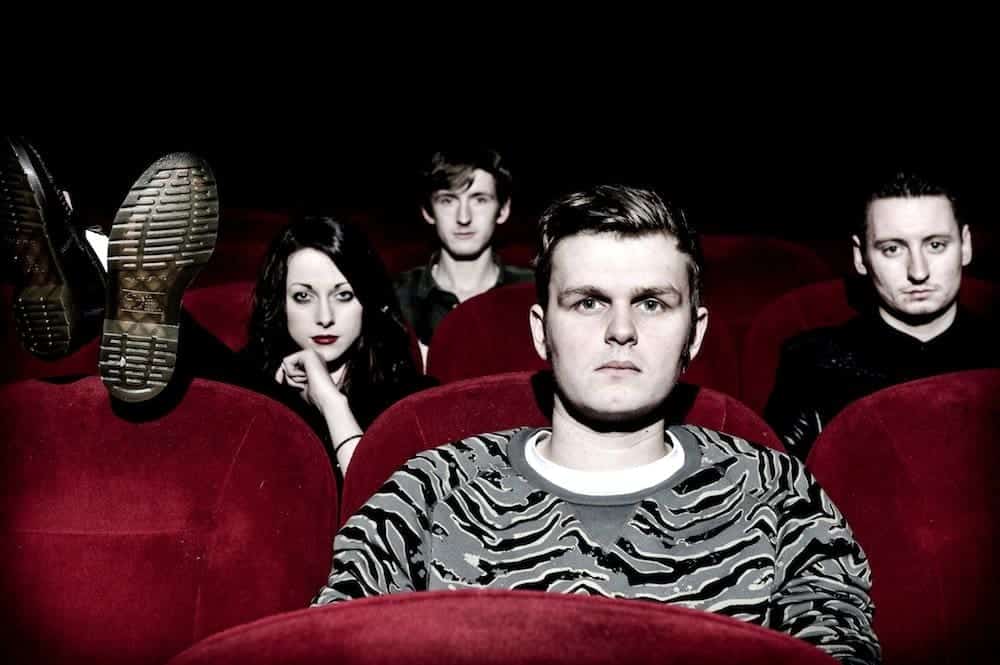 “It’s easy to forget who we are”

Post War Glamour Girls’ 2014 debut album Pink Fur fell somewhat under the radar but those who came across the record had nothing but good words to say about it. Praised for their sharp lyrics and generally fresh and unboxed sound, it was difficult to pin down quite what was going on. Mixing post-punk with hip-hop, alt rock and whatever else took their fancy to wonderfully soundtrack co-vocalist Alice Smith’s more eerie vocals compared to the blind rage often provided by James Smith, the only consistency was the sheer intensity.

It, therefore, comes as no surprise that new single “Felonious Punk” is just as thunderous – and with a title like that, you’d be right to expect an angsty sonic punch through your headphones.

It doesn’t wait around for anyone so buckle up as right at the start you’re hit with the body of the song, a crunching distorted guitar riff, the kind that bullied the other guitar riffs in the schoolyard. And behind him? His two smaller mates who chip in with the occasional “yeahh” to back him up aka a quietly intimidating drumline. When Smith joins the party he sounds as scornful and bruised by the world as ever.

The general jist? A seeming lack or temporary loss of identity. Perhaps a comment on substance abuse or, more subtly, a wider comment on societal pressures, who knows? All we know is it makes a bloody good racket.