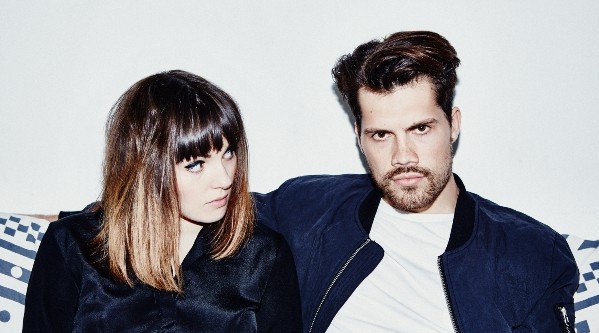 Swift synthetics and sweet sounds carry “Landslide” by London duo Oh Wonder down to the beach where listeners lay calmly as positive vibes radiate through the melody. Singers Josephine and Anthony constitute a great portion of a collective whole that centers in on chill beats and classic energy. Landslide crosses indie and electronic genres seamlessly; it is an interesting combination that surprisingly is well infused.

The minimal use of instruments and simple chord progressions allows the tune to be a straightforward piece of art rather than an overly produced melody. Landslide channels the positivity of John Mayer, the indie aura of Jason Mraz, and drops specks of electro energy similar to MØ. It is a song of companionship in its lyricism, vocals, and genius instrumental backing. Having the duo harmonize as one for the duration of the entire song is an interesting idea that most artists rarely touch upon. Doing so, however, promotes the notion of intimacy and togetherness in a friendly, pleasant manner.

Oh Wonder has generated a compelling tune as it contains all of the elements to become a sexy, seductive song, but instead it is a relaxing collection of piano notes and triangle pings that form a tranquil creation.

The duo have announced their debut album will see its release in September 2015. Pre-order it now on iTunes.