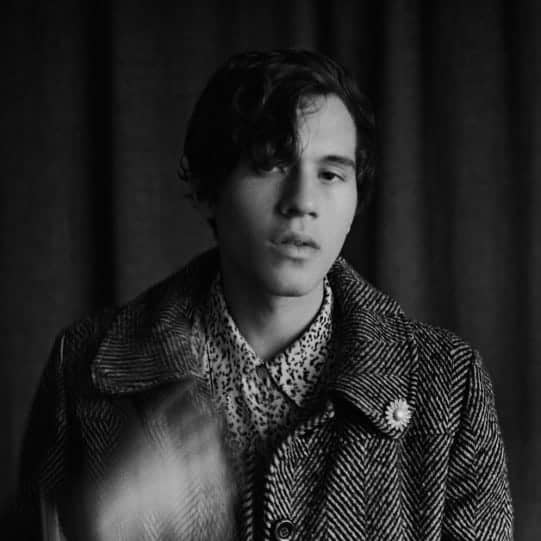 Brooklyn-based band Oberhofer, fronted by Brad Oberhofer, put out a stunning debut album in 2012. Time Capsules II is a collection some of the most fun and raucous tracks you can come across. Brad vocally jumps and dances around his off-kilter lyrics, throwing in extra syllables anywhere he can,  which are in turn generously swamped by all manner of instrumentation from crazy piano lines and over exuberant percussion to playful glockenspiels, and even the pauses seemed a little bit eccentric. It was wonderfully unabashed and unfashionable. Essentially, I loved it so when I learned that a second LP was on its way, I couldn’t wait to see how Chronovision stacked up against its predecessor.

Latest track “White Horse Black River” is the second off new album Chronovision, released on August 21st via Glassnote Records, after “Memory Remains” dropped in May. It bears the same arresting new-wave flair as many of Oberhofer’s other tracks with perhaps a more mature and dark undertone. On the topic of influence, the record stems from “his almost idyllic… smashed up against harsh reality. One day while home for a brief respite from touring his 2012 debut Time Capsules II, Oberhofer woke to find his roommate dead, in the bathroom, of a heroin overdose. He had to call his friend’s boyfriend and break the news. Then, a mere three days later, he had to clear out all of his belongings and drive his band to Lollapalooza.” It’s a stark image and one that perhaps explains the chaotic composition. The track itself was penned as a tribute to his late grandmother. Emotion manifests itself in various ways and “White Horse Black River” is a powerful, attention grabbing outlet for a creative and self-aware individual with bags of musical talent. Lyrics of swimming and finding shore allude to “head above water” feeling life can sometimes bring.