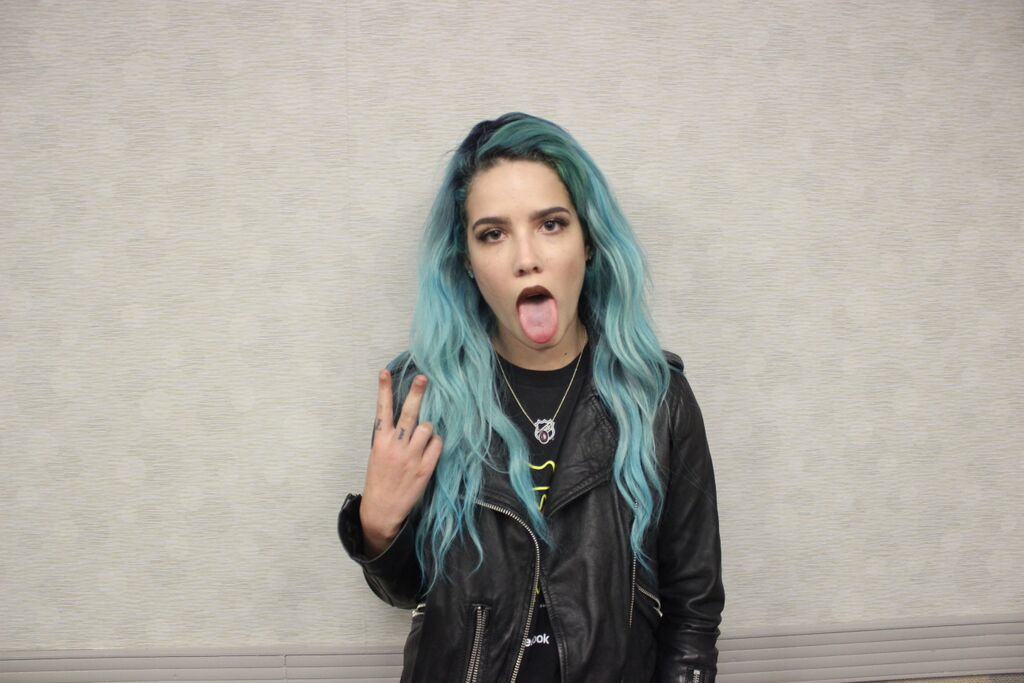 Amidst the eminent chaos within the effervescent mind of 20 year old Ashley Frangipane are her inner demons and genius, melodic brain. Her beasts become beats that radiate mystery and sultry sounds. This sensual, enigmatic side of the young performer is portrayed through her alter-ego, Halsey, as she continues to pursue her career within the alternative music genre. Halsey’s debut album Badlands is a physical depiction of her current mental state; she transposes her emotions and mentality into lyrical brilliance. With the release of the heavily electronic Room 93 EP earlier in 2015, Halsey drastically cultivated a rapidly increasing and dedicated fanbase that carried her into a headlining tour. Not long after, she landed a gig opening for the iconic Imagine Dragons on their Smoke + Mirrors Tour.

Her latest supply of music has been with the powerful new tune “New Americana,” an anthem for the modern youth that pays homage to a reckless kid growing up with an iPod loaded with Nirvana in one hand, and a joint in the other. She takes pride in discussing topics that would otherwise be considered “unladylike,” and attempts to push the boundaries to create a sense of cultured chaos. In other words, a revolution. New Americana is a remaster of a previous release as it was originally a free track available for download when Halsey was merely a new concept. The tune received an immense load of positive feedback as its catchy chorus (noted above) is bold and dauntless with a feisty essence of rebellious nature. Approximately a year later, the iconic track that we all fell in love with has a daring new remix with a dark, unifying sound. Largely a contribution to this song and album overall is her Norwegian boyfriend and esteemed producer, Lido. They cleverly use drums sounding similar to marching rhythms used in U.S. wars, and references to the American society which amplify the fundamental qualities of the song. New Americana is a representation of the dauntless adolescents who understand the core of their role in contemporary culture with an interesting, electronic edge.

Badlands is available for worldwide pre-order and will have its official release on August 28, 2015. She is currently on a North American tour in support of Imagine Dragons before embarking on her headlining tour (dates still to be announced). Find her music on iTunes, Spotify, and Apple Music.