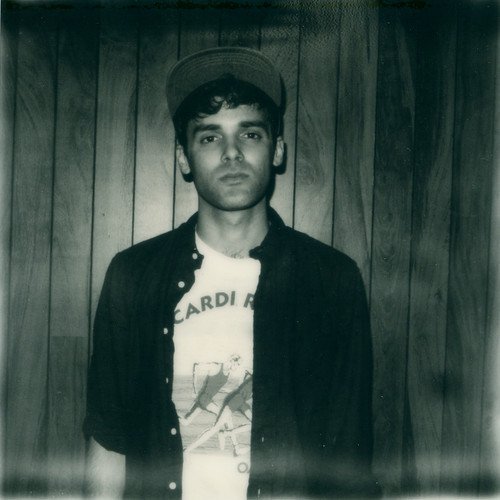 Two words: Day Wave. If you haven’t heard of him by now, we have good news for you. Day Wave has self-released his highly anticipated debut EP Headcase.

The solo project of Jackson Philips, Day Wave first got attention in the indie music scene with his debut surf pop hit, “Nothing At All” in November 2014. Since then he has gone on to garner much popularity by gaining 1.5 plays on Soundcloud, to being number 1 artist on Hype Machine, and debuting on the top 10 on  Spotify Viral U.S 50 Chart.

This collection of warped lo-if, sun-tinged dreamy alternative rock Headcase is made of Philips’ previously released songs, including a newly released title track. Behind every shimmery, sun kissed guitar riffs, synth sounds, and poppy drums, lies dark lyrics revealing self awareness and sheer honesty through Philips’ soft vocals. Philips takes the listener on an emotional roller-coaster, exploring what every millennial goes through in a, more than likely, uncomfortable transition from child to adulthood.

Every stage is explored whether it’s wanting to still be a kid like in the opening track, “Nothing At All”, to trying to stay positive in “Total Zombie”, to dealing with loneliness and rejection in the mellow song “Drag”. In “We don’t try to Fit In”, one of my personal favorites, Phillips explores self acceptance in making a mess of things with the people you care about. This song reminded me of good, fun times with my high school friends. It would make the perfect background song for a scene in John Hughes’ film The Breakfast Club had this came out in the 80’s. Regardless, it’s the happy but still melancholic song that can resonate with anyone who is still trying to figure it all out, which is basically all of us. The title song “Headcase”  rounds up the EP. More cool down from the last, the song is a romantic but downcast tone on the difficulty of letting someone go.

To be frank, Day Wave is probably indie music’s biggest rising star this year in my opinion. Unlike most surf bands, Jackson Phillips’ music is mature, adding in real complicated emotions behind the laid back, beach tones. This EP is deceptively beautiful. We are excited for Day Wave and look forward to what he has to share in the future. Certainly, he is an artist to be watching out for.

Headcase EP by Day Wave is out now. It is available for purchase on ITunes and available for streaming on Spotify and Soundcloud.

Day Wave is going on a North American Tour. For more info and tickets click here.