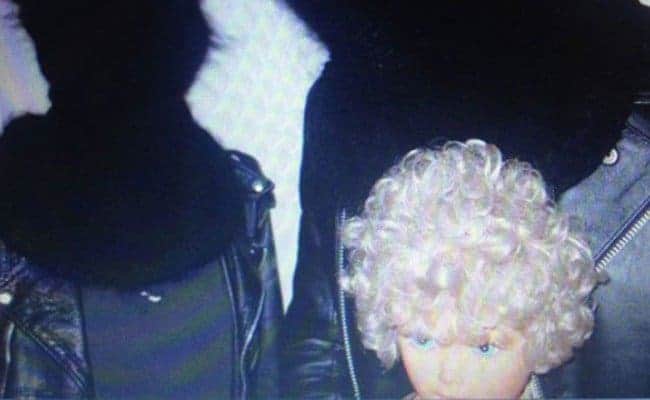 “Their kindness is charade, it’s used to sedate. They remain unashamed.”

With a four on the floor beat and dirty synths that echo around like a rave that was smashed into a Gameboy cartridge, “Deicide” is very much a Crystal Castles song. While Ethan Kath and ex-frontwoman Alice Glass had a very public and acrimonious split, there is little doubt that Kath played a big role in the development of the Crystal Castles sound. That “sound” being 8-bit grinders slowly devouring every synth and drum machine in sight and messily spitting them out into your face. In a good way, of course.

Though “Deicide” may be lacking a certain bitter bite that Crystal Castles frequently deployed at their best (see the barnstorming “Doe Deer”), there is a certain addictive quality to the track. Perhaps its those shuffling hi-hats constantly trying to keep up with the pounding kick drum. Or maybe it’s the bright, whispered vocals that quickly fade in and out. On said vocals, the mysterious Edith (also known as Au Vyst according to Wikipedia) sounds like a suitable replacement for Glass, though we have yet to see if she can match Glass’ undeniable charisma that she displayed during live sets.

Like most Crystal Castles songs, “Deicide” emphasizes raw power over complexity. That’s okay because sometimes its nice to keep it simple, stupid. Kath has confirmed that he is working on the next Crystal Castles album, though there are no concrete details available at the moment.