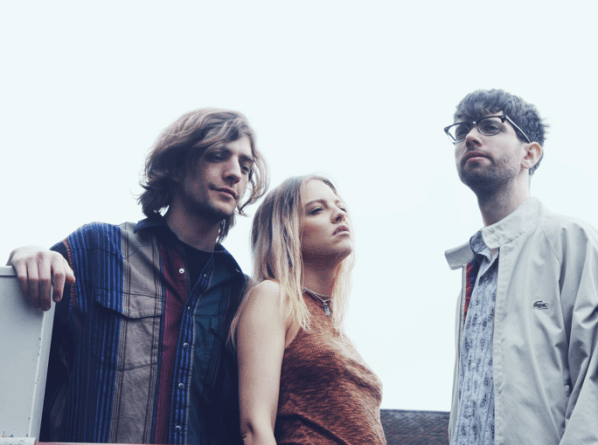 “All you see are green meadows in her eyes tonight. But when you turn the lights on the colors start to change. The music don’t sound the same. You fade to grey.”

If you’re into Echosmith, Of Monsters and Men, or St. Lucia, you should definitely give Anteros a listen. The brand new trio from London, England has made history with their label, Regal Records. They are the first to release anything on the label in over two years. Regal Records is famously known for representing artists such as The Beta Band, Babyshambles, and Lily Allen. Those of us at Euphoria have no doubts about Anteros reaching the top!

In their new single, “Fade to Grey”, there is a noticeable 80’s influenced undertone throughout. With smooth vocals from front woman, Laura Hayden, the song is lighthearted and sweet—but simultaneously, the steady, staccato, rhythmic guitar riffs makes listeners want to head-bop along the whole song. The song’s bittersweet lyrics hit you right in the gut, making the theme of the song feel right at home for many others as well. Although this is a head-bopping, catchy, 80s-pop tune, new fans will be surprised that the song sings of unrequited love—which is ironic considering how the band name is literally translated to “love returned”, the name of Greek god, Anteros. According to the lead singer herself, Hayden recalls that the “name Anteros was birthed from the statue with the same name that sits in the middle of the beating heart of London city.” Unreturned love is confusing, colorless, and frustrating, making this angsty tune titled so rightly. The band has also released a song prior to “Fade to Grey” called “Anteros”. Hayden explains that it “is about us coming to terms with moving to London. Although it’s big and busy, it can be a confusing and lonely city”.

The new trio has an EP scheduled for release in September. “The whole EP is about us coming to grasp with growing-up and balancing love with fears, dreams, and ambitions”, says Hayden. It sounds like the heart of their new EP is something everyone, especially the 20-something year olds, can relate to. “Anteros” and “Fade to Grey” are available to stream on SoundCloud as we patiently await their new EP.