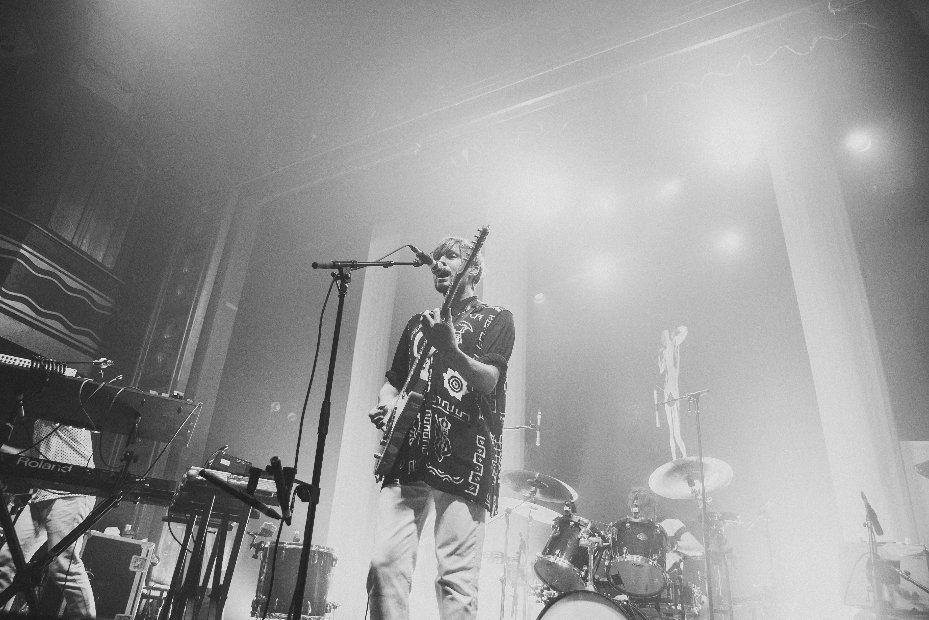 Django Django stole New Yorkers’ hearts on Tuesday night. The British quartet were crowd pleasers, indeed; putting all of Webster Hall under their spell, swaying in bliss to tracks from their latest offering, Born Under Saturn. Mixed with favorites off their first record like “Introduction” and “Hail Bop,” the entire venue was entranced. Everything was perfect, from the lights to the ambience. They took listeners on a journey through space and time as we forgot where we were and became involved with the psychedelic, mind-bending performance.

These days, genres fade as music and technologies merge to give us new sounds and new ways to experience them. The band’s combining of projections and spacey synths, played by Tommy Grace, allured the crowd into somewhat of a hypnotic trance. Playing crowd favorites like surf rock-esque “4000 years” or more trance tracks like “High Moon,” snapped the audience out of their dazed states and allowed for some motion as they clapped and danced along.

Not a single person in the venue was able to do anything but allow the music control their bodies. With lead singer, Vincent Neff, serenading the crowd with his falsettos and perfect harmonies, our ears could do nothing but smile.

Be sure to catch Django Django on their remaining tour dates below: