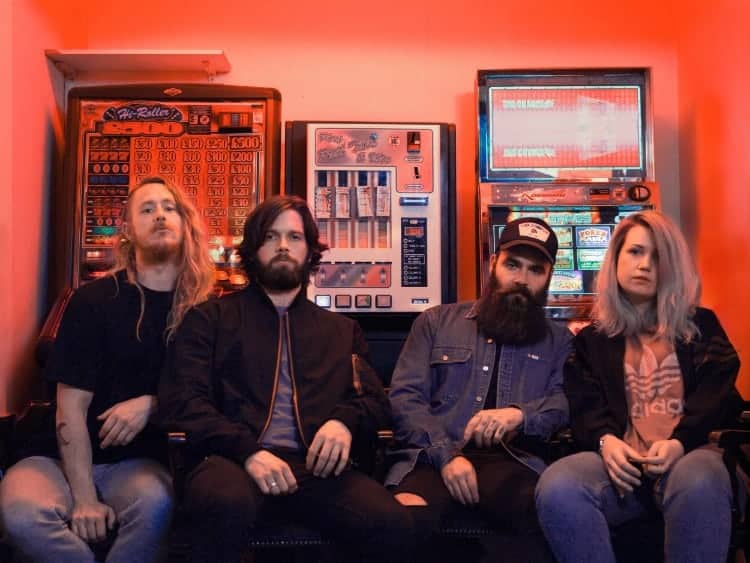 “I’m going to keep you safe, keep you warm. I’m going to be here, the vitamin C in the blood running through your brains. So it used to be you, but now it’s you and me. No need to be, no need to be lonely.”

Sure. It’s a water-soluble vitamin that is necessary for normal growth and development and you need a continuous supply of it in your diet, but that definition is not what’s referred.  Instead, “Vitamin C” is the debut single from Liverpool-based alternative quartet Clean Cut Kid. The group (Mike Halls, Evelyn Halls, Saul Godman and Ross Higinson) has sound of their own, of course, the band would attract fans of Vampire Weekend–especially those who are fond of the VW’s self-titled LP. Thought, the single takes on the vitamin’s definition spot on.  Currently on Soundcloud and with its Vevo video via Youtube. The buzz on Vitamin C is  its due to drop on July 24th, so you’ll playlist is in need of it’s benefits.

It’s not a surprise the track has been receiving attention on the internet thus so far. It’s  bouncy beats makes it a distinctive psychedelic indie-rock tone Mick Jagger would sway his hips to. And the lyrics are a straightforward, catchy and lovey-dovey with the dude-gal vocals. And the video meshes well to the song’s metaphoric meaning.

In the short-flick, a distraught man clutching onto a baseball bat walks into a bar.  The drink he orders is…a good classic year of H20. That’s right water, instead of the variable “poison of your choice” options out there. He drops a Vitamin C tablet, watches it dissolves, chugs and kicks into full energy with martial arts, contemporary dance moves and his bat as his sword to show off to pool-table players.

Mustafa Teams Up with James Blake on “Come Back”

The bar is his playground. He’s built back up the way he use to be, as the song serenades. Its an endearing melody and more so when an uplifting, rhythmic arrangement (keys and guitar) without vocals persuades your hips involuntarily shortly before the tune resolutes and you too have had Vitamin C. If you fancy yourself in London, these Liverpool natives are wrapping up the United Kingdom leg of their tour. The melodic group will appear in Liverpool Shipping Forecast on July 29 and London Red Gallery the following day. There are currently no events scheduled in the United States.