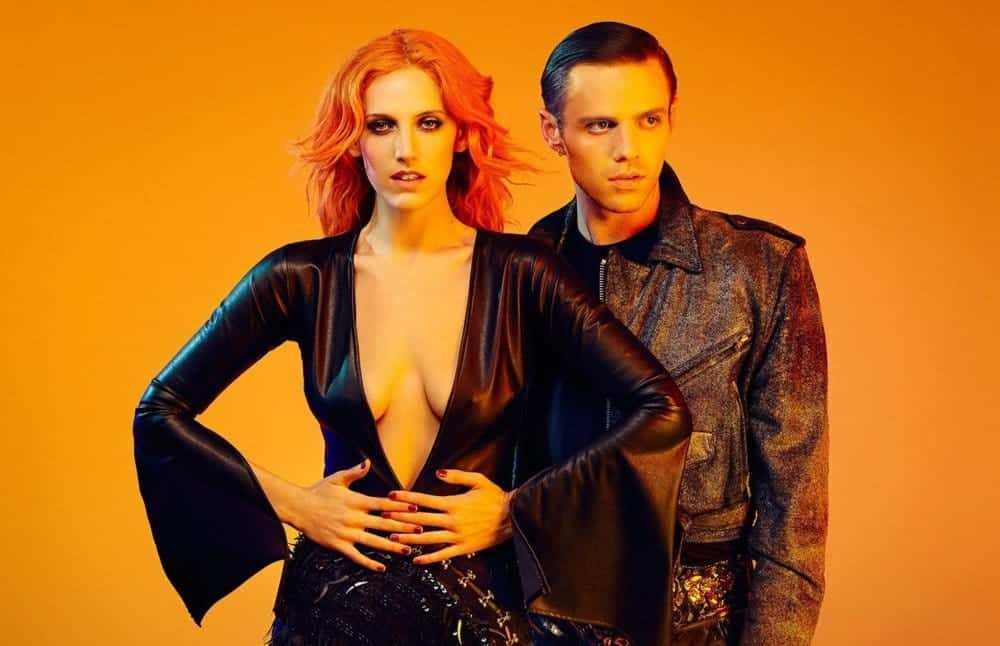 “What did you think would happen?”

When New York-based MS MR first hit the blogosphere they chose to hold back with photos and personal info (hence the Ms and Mr titles) in a bid to steep their act in a certain degree of mystique. However, the success of their demo EP, including track ‘Bones’ which took two hours to pen, warranted a record deal with Columbia Records before touring in support of Bastille in the UK and then US with Jessie Ware. May 2013 saw the release of their acclaimed debut full-length Secondhand Rapture which shot vocalist Lizzy Plapinger and multi-instrumentalist Max Hershenow to prominence.

After a lengthy hiatus the dark dreampop twosome today premiered “Painted,” the first single from their as yet unnamed sophomore album. The dance-infused track carries on with what worked so well in their first release, using Plapinger’s strong, often haunting, vocals as a focal point while Hershenow busily works in the background to create a soundscape around it. The swelling brassy undertones and hurried piano chords make for a climactic edge, cementing this new track as one of their best.