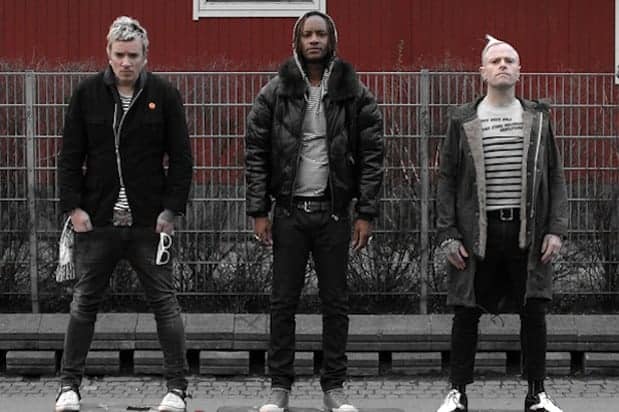 The Prodigy – The Day Is My Enemy

The word “legendary” is often thrown around quite carelessly, somewhat diluting its meaning but it is a superlative not misused when it comes to electronic outfit The Prodigy. The Day Is My Enemy is album number six, their first since 2009’s multi-platinum selling Invaders Must Die. It’s no understatement when we say it’s one of the most anticipated albums of the year. Releases from The Prodigy never go under the radar and it’s perfectly understandable. We might as well spell it out now – The Day Is My Enemy is huge.

It has been over half a decade since Invaders Must Die, the Essex trio’s most successful record since the turn of the century and an album that signaled a new stage in the evolution of a band that helped to pioneer the “big beat” genre alongside the likes of Fatboy Slim and The Chemical Brothers at the start of the 90s in the midst of the hugely active rave scene. However, they’ve stabilized in sorts. Going from trailblazers to sitting pretty. They seem more than happy to let someone else steer the ship from now on, even finding themselves veering towards assimilating into a vibrant, emerging EDM scene. That’s not to say this is a bad thing. As a whole the record is an attempt to find their way into clubs as many of their earlier work has been argued to be simply “too large for the DJ booth.” The band themselves have admitted to approaching this latest record with the intention of making “the most band album of their careers.”

I imagine there will be fans who will nostalgically look back at what The Prodigy helped create and doggedly dismiss the record for its modern influences. Luckily the band themselves have been much more progressive, attempting to cut through the monotony of mainstream dance culture where Apple mac DJs with pre-programmed mixes reign supreme and instead stand up as the respected old-boys to light a path for the next generation of producers to create these kinds of tracks. The point is raised in “Ibiza” which features Sleaford Mods who are known for their spoken word criticisms of popular culture. The other collaboration on the record is with dubstep producer Flux Pavilion on “Rhythm Bomb.” Other notable tracks are the title track which opens the album sampling Ella Fitzgerald’s 1956 recording of “All Through The Night” originally by Cole Porter, lead single “Nasty,” a hybrid of rock and dance which is similar to “Omen”, the lead single of their last album and my favorite, “Wild Frontier.” Away from singles, “Invisible Sun” is a more overt example of the underlying rock tones that consistently reoccur throughout even if it has more of an RnB influence. The album culminates in “Wall Of Death” which is exactly that. It’s a behemoth of a track, bass heavy and screaming “I’m not here to be sterilized,” lyrically expressing what the whole album is all about.

The Day Is My Enemy is released March 30th and is available to stream on iTunes now.