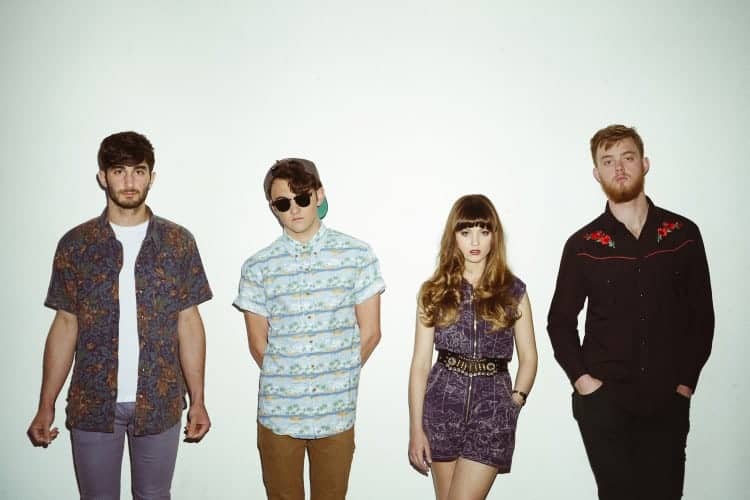 Everyone’s favorite quirky pop group San Cisco are back with their sophomore effort, Gracetown. And it lives up to every expectation.

It’s abundantly clear that the Aussie group has evolved musically. Gracetown certainly feels more mature than their debut self-titled album in terms of tone and content, but manages to retain the playful sound that they are known for.

Gracetown starts off on a strong note with “Run,” setting the stage for what the beach-pop connoisseurs have in store for the rest of the record. It’s one of many examples of the strikingly unique instrumentation San Cisco have brought to the table. Also noteworthy for this is “Wash It All Away,” which features an incredible tropical sounding interlude.

One of the decidedly strong points is second single “Too Much Time Together.” It’s classic San Cisco – irresistible harmonies, a strong chorus, and that distinct urge to hit the replay button when it’s over.

The album holds on to a common lyrical theme of tumultuous and complicated relationships. The subject matter ranges from fun and relatable to more serious. If there’s anything hard to resist, it’s upbeat but sad love songs. Gracetown is full of tracks that are easy to dance to, but also resonate with. It’s a foolproof formula that pleases almost everyone.

A later track, “Skool,” is possibly one of the most endearing songs you’ll ever hear. Speaking of a high school romance, with lines like “you’re my geography girl” and “I was never in the football team,” it feels nostalgic, silly, and honest. The song is impossibly sweet, and if you haven’t fallen in love with San Cisco yet, it may do the trick.

The record closes out in the best possible way: with a low-key retro ballad. “Just For A Minute” features some of the most classic techniques reminiscent of the 80s: overuse of synth, dramatic guitar solos, and vocal fadeouts. It’s a delightfully odd note to end on.

Gracetown is, on the surface, everything you’d expect from San Cisco: charming, catchy pop songs. But with every subsequent listen, there are layers to be uncovered in each song. The album is fresh and enjoyable. It will surely please old fans bring new ones on board. It’s always great to see a positive growth in a band’s musical style between albums. If this is any indication, San Cisco will only keep getting better.