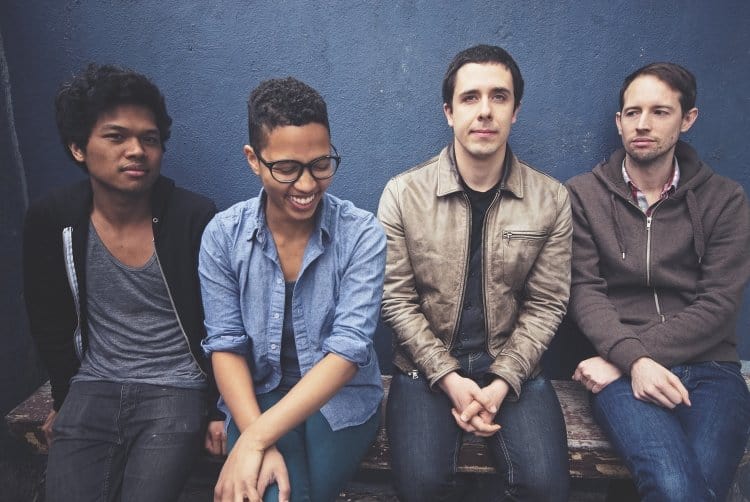 Folly & the Hunter yesterday announced details of their third album. Awake will be available from May 26th and is definitely a record we are looking forward to.

It’s been around four years now since I first stumbled across the independently released debut from the Montreal-based indie-folk trio who had around 600 fans on Facebook at the time. Residents became one of my favourite albums to chill out to for a few months, hitting the right note for the full 45 minutes with its delightfully unassuming and simplistic style, upbeat yet slow melodies and whispered vocals. I gradually played the record less as is normal when you find new releases to become obsessed with and eventually it didn’t get played at all. Then in early 2013, the band announced the release of a second album and I was suddenly reminded of how good their debut was. It seems harsh to think about it but as hard as they had worked, Residents had hardly been noticed and was grossly under-appreciated.

The sophomore full-length, Tragic Care, dropped in April of that year and had kept the simplicity they had so wonderfully showcased on their first record but had also developed a fuller sound. Dreamy strings, rich piano melodies and the trademark effortless vocals was a staple while the song writing seemed a little more grown up and sophisticated with a more exciting and warmer feel to the songs as the three friends seemed to fit perfectly together. Perhaps it was a virtue of already being familiar with the band’s work but their second offering just seemed like I already knew it. Two years down the line and this new teaser trailer has once again whet the appetite, previewing a couple of new tracks which carry the same warmth and beauty soundtracking clips of the band working hard in the studio, on a photo-shoot and receiving the rapturous applause of a grateful crowd at the end of a gig.