“Bad news like a sucker punch, what do you say? Air knocked outta my lungs, your cue to stay. When you hear something difficult, don’t back away; some people say nothing, good ones engage.”

The music video for Bastille’s new song “bad_news” (read our review of the track here) was released this morning. Expectations were high after mixed reviews over the last video release for “Oblivion.” The video for “bad_news” features quick cuts between clips of a wide range of film sources. Between these clips, or sometimes superimposed, are clips of singer Dan Smith walking through halls, or clips zoomed in on his mouth while he sings the song.

The video certainly has a slightly menacing vibe, which perhaps contributes to the feeling that this video is more of a work of art than a music video. It seems better suited for the wall of an art gallery than for MTV.

But what does it mean? Like all Bastille videos, the meaning is open to interpretation. Some fans have theorized that the superimposed clips of a road resembling the album cover of the band’s debut album, Bad Blood, and Smith, or sometimes the band as a whole, walking forward suggests that this video is symbolic of Bastille moving into new era of music. What do you think? 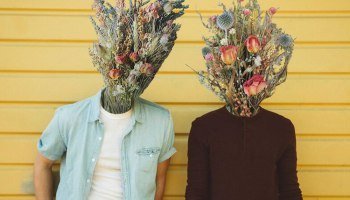